Both gardening and composting are full of controversy.

Compost tea is no different.

You’ll find experts and scientists that believe compost tea makes no difference to plants – and could even be harmful. You’ll also find other experts that are convinced it can prevent disease and introduce beneficial microbes to your soil.

Let’s take a look at what it is, how to make and use it – and what research and experts says.

What is compost tea?

To add to the confusion over compost tea, there’s also disagreement over what it is. Some composting books describe suspending compost in a pail of water to allow the nutrients to leach into the water. In this case, compost tea is simply a leachate. (Manure tea is made in a similar way, but uses manure instead of compost.)

Other sources are very specific in defining compost tea as something that is brewed – and is not a leachate. These refer to a mixture uses microbes grown aerobically (with air). This is often called Aerated Compost Tea or ACT.

How does compost tea work?

Compost contains insoluble nutrients. These nutrients are highly valuable in improving the soil, but the benefit is a long process rather than an immediate boost to plants. Compost or manure tea releases some of those nutrients in soluble form which is immediately available to plants.

Compost tea brewers are more concerned with microbes than nutrients. As we’ve seen before, microbes are tremendously important for soil structure, maintaining balance in the soil and in releasing nutrients to plants.

Lowenfels and Lewis, in the book Teaming with Microbes, argue that:

How do you make compost tea? 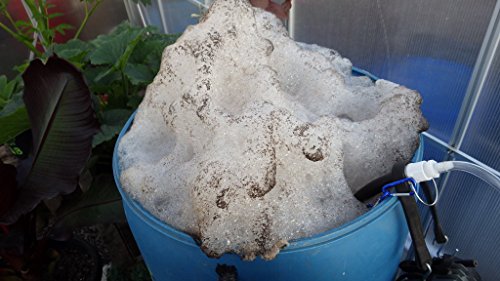 To make compost tea in the traditional way, simply take a porous bag, such as a burlap sack. Put a generous amount of compost in the bag, and suspend it in container of water. Allow it to soak, then use the water to fertilise your plants.

First you need to choose your site with temperature in mind. If your compost tea gets too cold, the microbial activity will slow. If it’s too hot, many will die. Aim for room temperature. You should also site your compost tea away from the sun, as ultra-violet rays can kill some microbes.

Mature, high quality compost is placed in a large container of chlorine free water at a ratio of around 5 pounds per 25 gallons. Some brewers choose to suspend the compost in a porous material such as a stocking. You can also use worm castings or a concentrate.

Some brewers choose to activate the compost before adding it to the water. You can do this by mixing the compost with simple proteins such as oatmeal.

A pump is then used to aerate the compost tea for 24 to 36 hours. You can choose to use a commercial pump or compost tea brewing system. Alternatively, make your own with a container and an aquarium pump. You can find instructions for a simple composter brewer on Garden Therapy.

It is worth being careful, as some amendments may encourage pathogens such as Salmonella (see research below).

Signs that compost tea is becoming ready include a coffee-brown colour and a fresh earthy smell. At this stage, some brewers also choose to add mycorrhizal fungi. If tea gives off an unpleasant smell, it is probably a sign it is not ready.

How do you apply compost tea? 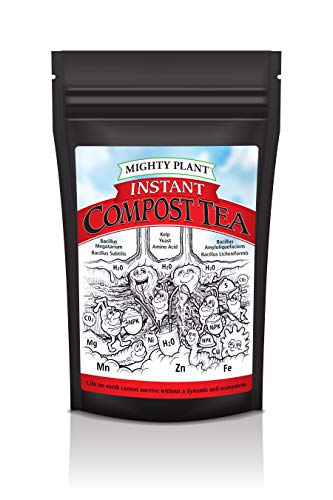 A successful brewing process will create huge numbers of microbes, which will soon start competing for nutrients. So it’s important to use your compost tea as quickly as possible. Try to apply outside the hottest parts of the day to avoid UV damage.

The tea can then be applied to the soil in a plastic watering can. You can also use a spray, but you will need to strain the tea first. You can also spray leaves, aiming to cover at least 70% of the leaf.

There is huge controversy over aerated compost tea, and research findings have not always been consistent.

In 2007 Dr Scott chronicled some of the problems with compost tea research.

Although that review was written in 2007, Dr Scott’s opinion remains the same, telling me in in an email in 2021 that:

“I’ve not seen anything in the literature to change my views, and in fact the peer-reviewed research that has come out only supports my skepticism.”

Some research has also found that aerated compost tea amended with molasses can cause the growth of human diseases such as Salmonella and E-Coli. Lowenfels and Lewis are sceptical about this, but suggest leaving out extra ingredients if you are worried about E-Coli.

Making compost tea is also a time-consuming process. If you do choose to experiment with it, it may be easier to start by buying a pre-prepared mixture rather than brewing it yourself.